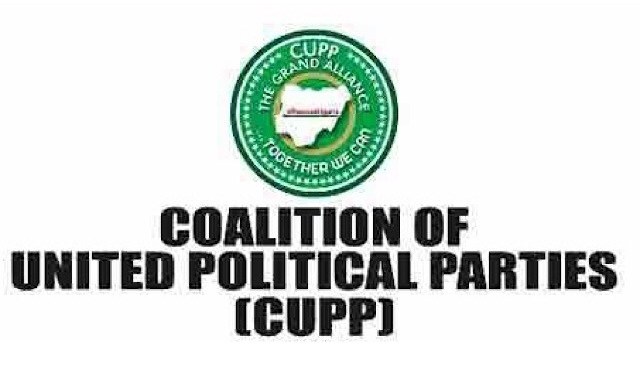 National Secretary of CUPP, High Chief Peter Ameh, who scolded APC in statement issued in Abuja, said the party must deliver to the people infrastructures that will improve their means of livelihood.

According to Chief Ameh, who is also a member of Central Steering Committee of CUPP, “Defection has become the usual way that unprincipled and none ideologically driven politicians exhibit their lack of love for Nigeria.

“The constant and recurrent masquerade dance by our elected officials has become something of shame to many young Nigerians because it is no longer news that this unprecedented act of defection is done with self centered and selfish interest. 99.9% of defectors do it to protect their political interest with utter disdain for the interest of the masses who they were elected to serve.

“We should stop electing political masqueraders whose only objective is that of self aggrandizement, the electorates should shine their eyes come 2023 General elections by taking opportunity of the multi-party democratic system that is practice in Nigeria to retire these group of do nothing for Nation  Politicians. They should stop focusing on the two main political jokers as the only choice for elective leadership in Nigeria.

“Look at how defection has weakened our National Assembly from carrying out an effective oversight functions or acting as a powerful government Arm. Can our elected lawmakers hold government accountable, just very few have done it since 1999.

“Look at how the politics of defection has reduced Governance in the state to a mere circus show of shame.

“My humble advice to the APC is that instead of focusing too much on how to retain power in 2023 through defection on anyhow politician, it should rather concentrate its strength on delivering to the people infrastructures that will improve their means of livelihood and by doing this very simple logic it will easily get the people on it’s side without too much struggle and unnecessary political meetings that will not have direct effect on the lives of ordinary people of our country.

“APC should focus more on Politics of service to the people and not Politics of defection.”