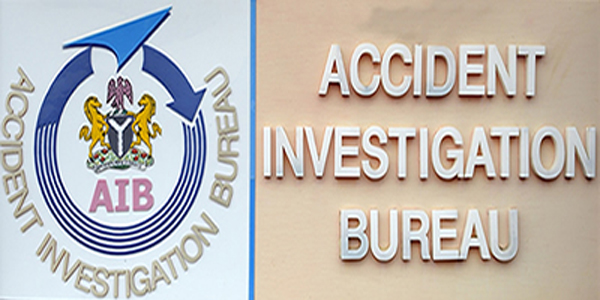 It also released the final report on the Serious Incident involving a Boeing 747-200 aircraft owned and operated by Kabo Air Ltd with nationality and registration marks 5N-JRM which occurred at Sultan Abubakar Airport, Sokoto (DNSO), Sokoto State on 4th October, 2013.

AIB also released the report on the Serious Incident involving a B737-500 aircraft owned and operated by Aero Contractors Company of Nigeria Ltd with nationality and registration marks 5N-BLG, which occurred on Runway 18R, Murtala Muhammed International Airport, Ikeja, Lagos on 9th April, 2016.

On the Gulf stream accident , the report said the causal factor was the “delayed response by the crew to recognize that the ground spoilers and thrust reversers were locked out led to the runway overrun”. It further said the contributory factor was “the delayed deployment of ground spoilers which led to the flight crew’s problems in stopping the airplane within the remaining available runway length”.

“Inappropriate visual approach profile at night with no vertical guidance” was the causal factor of the Kabo Air aircraft crash according to the released bureau report. It also said the contributory factors are the “Unserviceable Visual Approach Slope Indicator (VASI) on Runway 26 and the Decision to land on the non-precision runway 26 at night”.

For the Aero Contractors aircraft crash, the Bureau said the causal factor is the “Excessive rudder application by the crew after touchdown”. It also said the contributory factors are; “Reduced visibility due to heavy rain on touchdown and the decision to continue approach in an unfavourable weather condition with crosswind component of 090˚ /15kt”.

Three Safety Recommendations were made to avoid future occurrence. They are : “ Aero Contractors Company of Nigeria Limited should lay more emphasis during flight crew simulator trainings, on the effects of excessive rudder application at high speeds during landing roll, particularly on wet/contaminated runways. Secondly, “ Aero Contractors’ management should sensitise their crew members on the necessity of reporting notifiable occurrences”, amongst others.

Fri Nov 27 , 2020
A file image of the #EndSARS protesters at Lekki Tollgate, before the shooting. The Cable News Network (CNN) has backtracked from its earlier position that at least 38 persons were killed by the Nigerian military on Tuesday, October 20 during the EndSARS protests at Lekki Toll Gate, as many Nigerians […]

BITTERSWEET: Sextuplets for policeman, wife after 7yrs of childlessness