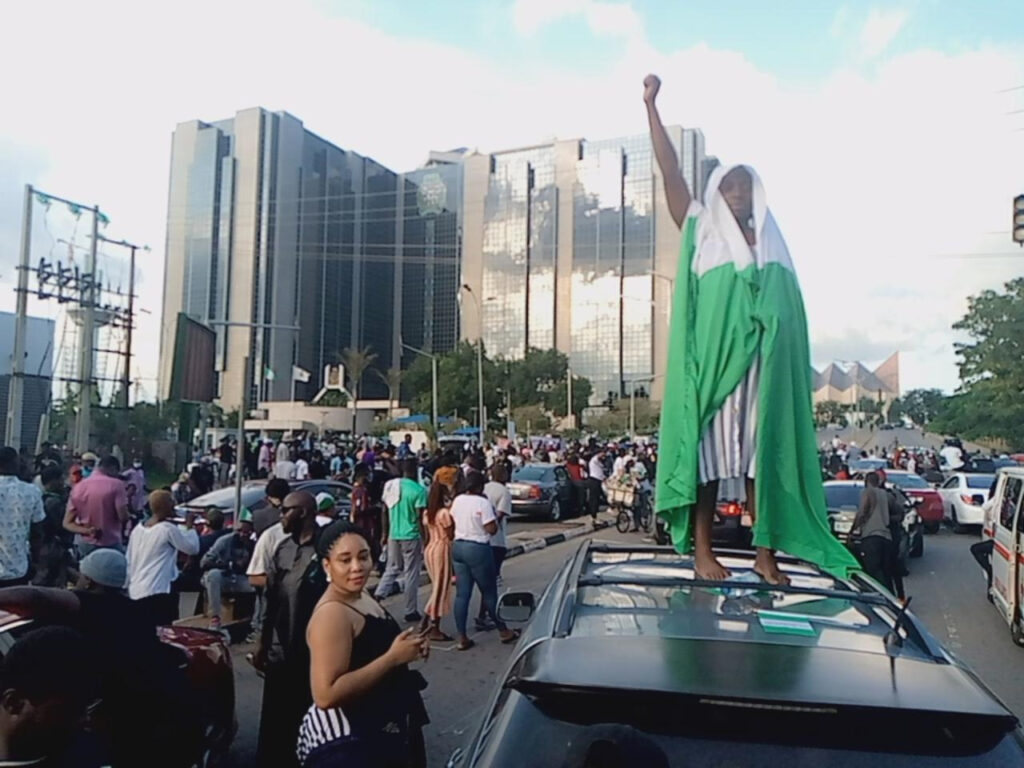 A group called the New Nigerian Project, NNP, has called on the Federal Government to address demands made by #EndSARS protesters as expectations are high.

The group made the call in a statement signed by the Chairman, Mohammed Alhaji Danjum, where it pointed out that if the government can proactively implement the expected reforms adequately many problems in the system will be solved.

According to the statement, there is no need to go violent as some hoodlums have hijacked a peaceful protest and are running amok, but with unity and mutual respect and understanding, much will be achieved instead of compounding the problem with irrational acts.

Also, the statement condemned Nigerians who have taken to violence, arson, looting, and killing under the guise of EndSARS protest to make life difficult for Nigerians generally.

The statement decried the ploy to throw the country into anarchy by evil-minded politicians and their cohorts because of power under their self-centered agenda, hence sponsoring violence.

The group in the statement warned that there are instances of such moves in other parts of the world that eventually plunged their countries into full-blown anarchy and deteriorated to war, such as Libya, Tunisia, Sudan, Iraq, Lebanon, Yemen, and others.

The statement reads in part, “Let us remember Libya, Tunisia, Sudan,  Iraq and even recently, Lebanon,  just to mention a few countries which are all a shadow of what they used to be prior to the Arab Springs of 2011.

“A perilous and onerous approach to protest if left to fester among our teeming youth across the country could quickly dissolve into a dangerous situation that will leave a scar on our great country.

“Above anything else, we place the utmost importance on the sanctity of our unity as a country with a beautiful rainbow of diverse ethnicities under the geographical landmass called Nigeria.

“As a country and people, there is so much that has gone wrong for so long that needs to be addressed and very urgently, too. But change only comes with painstaking planning, patience, sacrifice, and commitment.

“We recognize and identify with the peaceful protests and protesters and their constitutional rights to protest,” the statement added.

Sat Oct 24 , 2020
In the video below, a shopping mall can be seen looted while a man who made the video lamented how his Ford Edge car was disassembled and the parts carted away. This event was reported to have happened at Ilorin in Kwara State. https://www.vanguardngr.com/wp-content/uploads/2020/10/Ilorin-Looting.mp4 Vanguard News Nigeria. The post VIDEO: […]