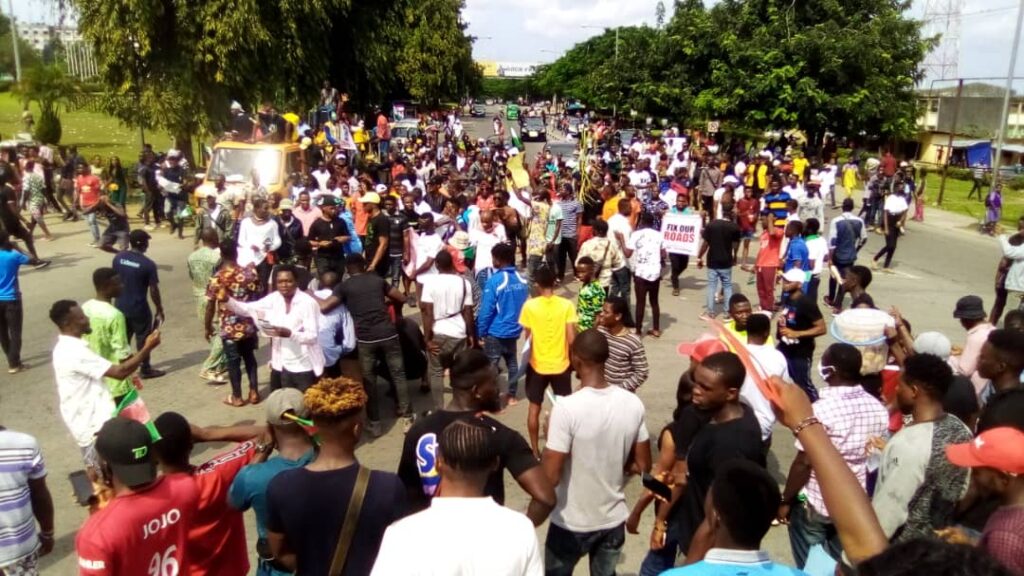 Senators and members of House of Representatives yesterday called on President Muhammadu Buhari to as a matter of urgency, give justice to Nigerians who were killed during the protests against the notorious Federal Special Anti-Robbery Squad (FSARS) and bad governance in the Country.

In a signed statement, the lawmakers condemned in very strong terms, the reliance on force, intimidation and manipulation by the federal government and security agencies to break the protest by Nigerians, just as they urged the to use globally recognised methods of policing in a democratic society.

According to them, in the recent past, the protest has been the most elaborate protest that has united young Nigerians across geography, ethnic nationality and religion.

The statement was signed by four Senators and thirty-one Members of House of Representatives. The four Senators are Olubunmi Adetunmbi, APC; Opeyemi Bamidele; Tolu Odebiyi, and Surajudeen Ajibola Basiru.

The statement read, “We the undersigned are legislators committed to setting agenda for progressive laws in Nigeria; initiating progressive laws and speaking against anti-people bills in the National Assembly.

“We have followed carefully the #ENDSARS protest by young people across Nigeria for the past two weeks and the killings in several cities including Jos, Kaduna, Abuja, Benin and Lagos.

“We note that in the recent past, this has been the most elaborate protest that has united young Nigerians across geography, ethnic nationality and religion.

“We observe that the protest goes beyond the excesses of the police formation called Special Anti-Robbery Squad (SARS). The protests are as a result of frustration by Nigerian youths who have seen governments at all level fail to provide public goods and opportunities for them to lead a meaningful life.

“We recognise that over the years, socio-economic indicators in Nigeria have remained precarious. The Fragile state’s index has consistently classified Nigeria among the 15 worst states that are failing across the world.

ALSO READ: We’re disappointed at the use of military force against unarmed protesters – Yoruba Obas Forum

“We are appalled by the reliance on force, intimidation and manipulation by government and security agencies in an attempt to break the protest rather than utilising globally recognised methods of policing in a democratic society.

“We are enraged by reports of shooting of unarmed, defenceless protesters by military officers at the Lekki toll gate in Lagos after the lights were turned off and CCTV cameras put off. We call on the President to give an immediate order to all security agencies to stop shooting at protesters.

“We condemn this action by government and security agencies. This is inexcusable and totally unacceptable. There is no justification whatsoever for security officials who are paid with taxpayers’ money to kill unarmed protesters.

“We call on the President to address the nation and take concrete actions to respond to the demand of the protesters. He should commit in words and action to respect and protect the right to protest. He should publicly invite the leaders of the protesters to an urgent dialogue while assuring them of their safety and that outcomes would be expeditiously implemented.

“We demand that the perpetrators of this dastardly act and all those who gave the orders should be brought to account in a transparent and accountable manner. We ask the President to immediately identify all the officers involved and prosecute them for murder.

“We also condemn the attack and burning of properties of innocent citizens and government.

“We call on the government to respond expeditiously to the demand of the protesters and other lingering issues of addressing the security architecture of the country and addressing revelations of corruption in many government agencies.

“As patriots, we will not keep quiet while the country is plunged into crisis under any guise. A stitch in time saves nine.”

Wed Oct 21 , 2020
By Omeiza Ajayi Following widespread unrest in the wake of #EndSARS agitations in many parts of the country, Commandant General of the Nigeria Security and Civil Defence Corps NSCDC, Abdullahi Gana Muhammadu, has “declared emergency on all critical infrastructure and national assets in the country”. Accordingly, he has directed all state […]