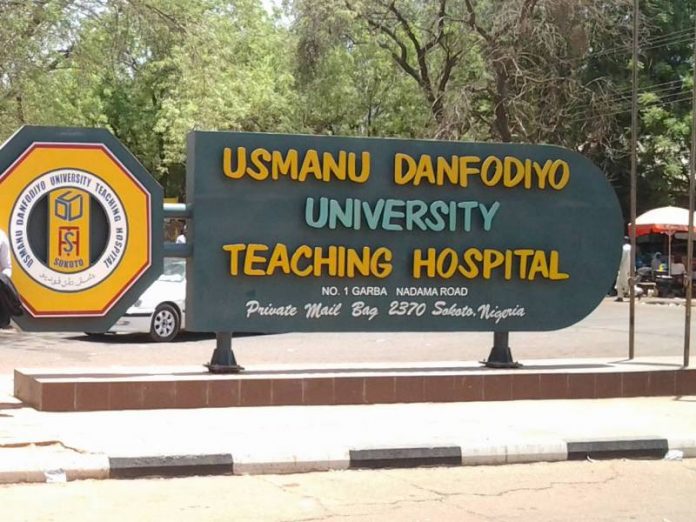 The Independent Corrupt Practices and Other Related Offences Commission says it has uncovered the sum of N250m which was diverted from the accounts of the Usman Danfodio University Teaching Hospital, UDUTH Sokoto into private pockets.

Accordingly to a statement by ICPC’s Spokesperson, Mrs Rasheedat Okoduwa, an intelligence-led investigation revealed that the fraud was carried out when deductions meant for third parties such as the State Board of Internal Revenue and over-payment deductions were diverted on the Integrated Personnel and Payroll Information System (IPPIS) and channelled into the private accounts of an individual and a company.

The commission confirmed arresting an accountant in the UDUTH accounts department and taking him into its custody over the theft.

The commission said the suspect was being questioned to unravel all those behind the fraudulent act.

The agency said it had also commenced efforts to recover the proceeds of the fraud through the seizure of exotic cars and real estates from the main culprit.

“Checks by the commission on how a critical national infrastructure such as the IPPIS could be compromised indicated likely negligence on the part of the management of the Teaching Hospital and other loopholes.

“For instance, failure to cross-check and reconcile the execution of its budget and allowing officers from the Finance and Account department to access another officer’s password on the platform, present real threats and vulnerabilities.

“Further checks revealed that the suspect took advantage of the window of opportunity on the IPPIS platform that “allows Ministries, Department and Agencies (MDAs) to edit salaries that have been processed by the Office of the Accountant General of the Federation (OAGF) before they are finalized or paid,” to substitute the genuine destination account numbers with those of his co-conspirators before payment.

“This loophole created the opportunity for the fraudster to divert the funds successfully for the while that the fraud lasted.

“Investigation into the fraud is ongoing and appropriate actions will be taken by the Commission upon conclusion,” ICPC said.

Tue Jun 23 , 2020
By Festus Ahon – Asaba The Central Bank of Nigeria, CBN, on Tuesday, expressed its readiness to capture 200,000 maize farmers across the country with a view to boosting maize production in Nigeria. The Director Head of Finance Development, CBN, Mr. Ihua Elenwor disclosed this in Asaba, Delta State during […]