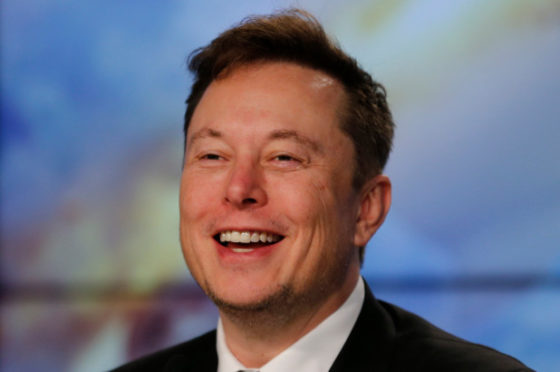 Elon Musk is calling for regulation on organizations developing advanced artificial intelligence, including his companies.

The Tesla and SpaceX head tweeting earlier this week, “All orgs developing advanced AI should be regulated, including Tesla.”

Musk was, according to TechCrunch, “responding to a new MIT Technology Review profile of OpenAI, an organization founded in 2015 by Musk, along with Sam Altman, Ilya Sutskever, Greg Brockman, Wojciech Zaremba, and John Schulman. … At the time of its founding in 2015, Musk posited that the group essentially arrived at the idea for OpenAI as an alternative to ‘sit[ting] on the sidelines’ or ‘encourag[ing] regulatory oversight’.”

Since 2015, Musk has distanced himself from OpenAI and openly criticized it. In a twitter conversation about the group last year, Musk tweeted, “Unfortunately, I must agree that these are reasonable concerns” when user @Smerity asked, “What is OpenAI? I don’t know anymore.

A non-profit that leveraged goodwill whilst silently giving out equity for years prepping a shift to for-profit that is now seeking to license closed tech through a third party by segmenting tech under a banner of pre/post “AGI” technology?”

Musk has long raised the red flag about AI and robots, telling the National Governors Association in 2017: “The thing that is the most dangerous and it is the hardest to get your arms around because it is not a physical thing is a deep intelligence in the (AI) network.

You say, ‘What harm can a deep intelligence in the network do?’ Well, it can start a war by doing fake news and spoofing email accounts and doing fake press releases and by manipulating information.”

The issue seems to be weighing on Musk’s mind as on Friday at 4:46 a.m. EST, he tweeted, “Has science gone too far?”

Wed Feb 26 , 2020
A Texas demolition company was left red-faced after it mistakenly tore down the wrong home in Dallas, according to a news report. Excavating contractor JR’s Demolition demolished the home, locally known as the “pink house,” in the Victory Place neighborhood Wednesday, KTVT reported. It wasn’t until after the job was […]